What is Festival Mueca officially? 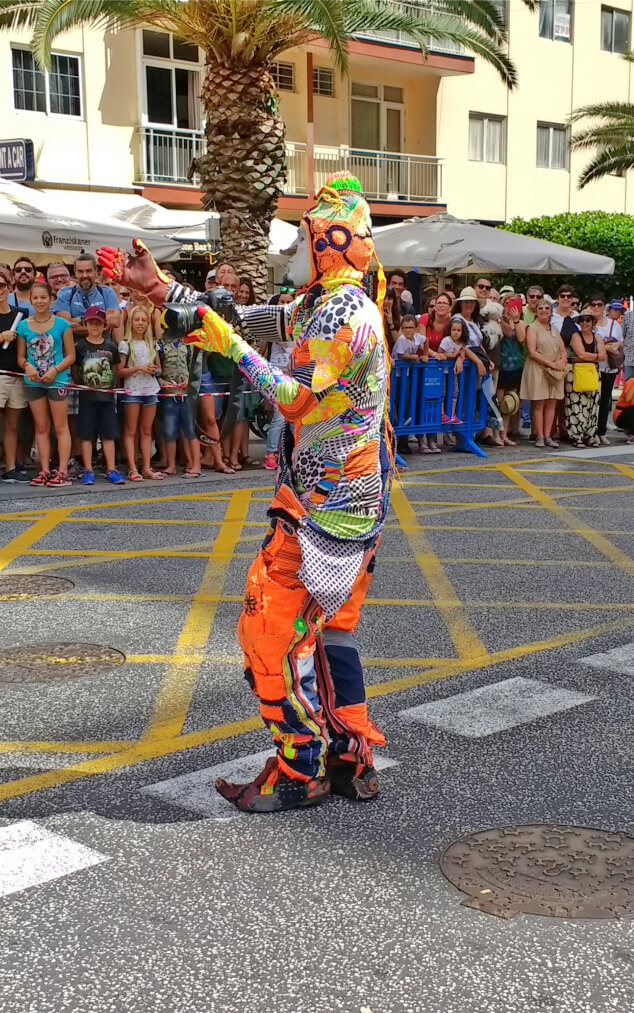 Festival Mueca is an international street art festival that’s been held every May in Puerto de La Cruz for over 10 years. Self-described as much more than a festival, Festival Mueca turns the streets and plazas of the town into a stage, with everything from silly clowns and awe-inspiring acrobats to music groups and theatrical performers wowing the masses. Spectacular performances are held at several big stages various times during the day and evening, while themed streets are transformed into places of wonder by magicians, dancers and artists throughout the 4-day event.

More than 7,000 people head to Puerto de La Cruz for the festival each year, with people of all generations and nationalities filling the streets and breathing some life into the otherwise sleepy coastal town. Over 400 artists take part in the shows, with a great mix of local Canarian groups and international groups from all over the place providing a free source of entertainment for everyone.

What is Festival Mueca really? 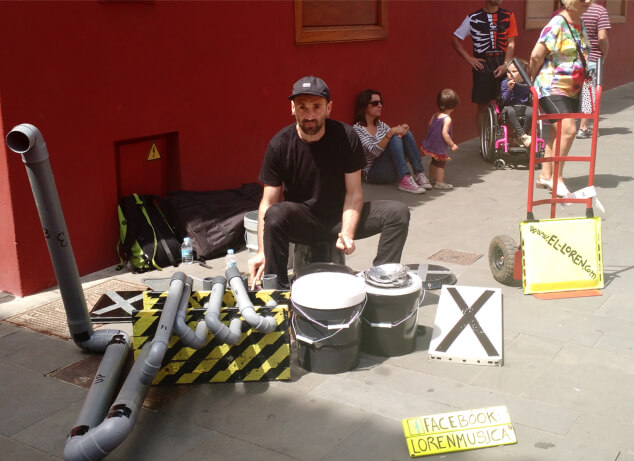 Festival Mueca is one of the few things to do in Tenerife that is genuinely everything it claims to be. There really are loads of different acts performing throughout the town and the streets do come to life with bursts colour, eruptions of noise and explosions of movement. Plus, pretty much everything (except a couple of concerts) are free, which makes the whole thing really difficult to criticise.

Pretty much all the Festival Mueca acts change each year, with the best ones coming back every other year or so. Although there is one that makes an annual appearance – Abubukaka. But that’s because they’re a local Tenerife group and people absolutely love them. Arguably, the lineups have been stronger some years than others. But on the whole, it’s always a great weekend out for everyone.

If you’re up for a weekend of early mornings (11am is early, right?), late nights, loads of walking (the venues can be very spread out) and amazing entertainment (some worthy of their own West End show) then Festival Mueca is perfect for you. 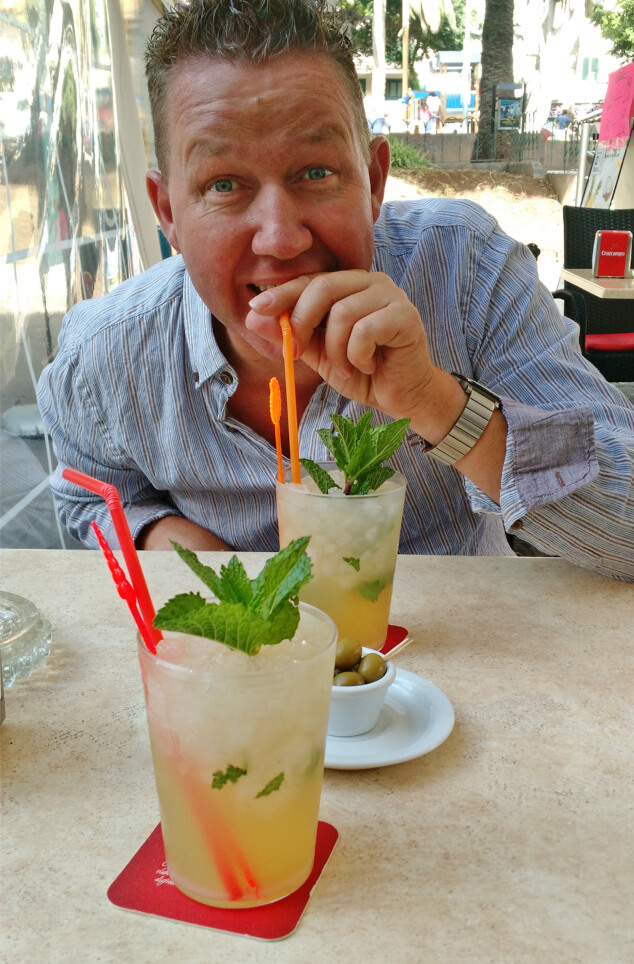 Festival Mueca is like an annual pilgrimage to us now – we’ve been going for about 5 years. For me, it’s all about the headline acts. They’re all on the international circuit, so the performers are used to a multinational audiences. This means that talking is usually kept to a minimum so everyone can understand what’s going on, which suits me fine.

The daytime stage shows hold little interest to me, as exploring the themed streets in the town is much more of a laugh. The streets are filled with talent, granted not all of it fully appreciated by my uncultured self, but great to see people having a go. Never fully understood how Festival Mueca is funded, but it’s a great couple of days that cost me nothing. Even I can’t grumble at that. 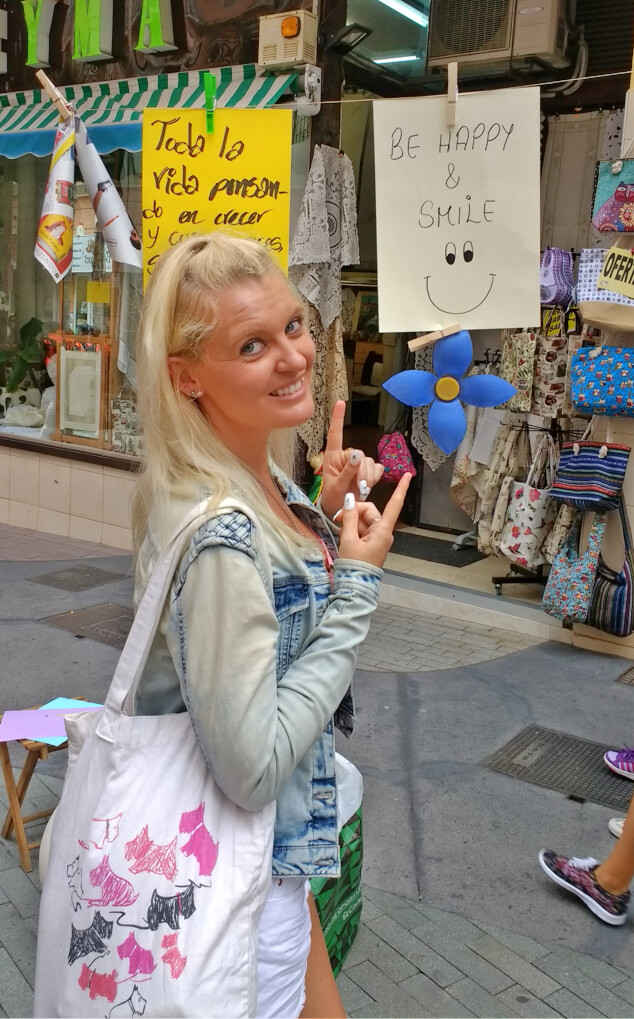 Festival Mueca 2018 was the best one we’ve ever been to and I find it really hard to say anything bad about it. Because we visit as just 2 adults, we skip most of shows during the day as they’re designed for little ones. Thankfully I double checked the programme for Sunday this year. Because if I hadn’t, I would have dragged us away from our breakfast buffet to go and see “El Elefancito”, which was a hand puppet show…Ian would never have let me live that one down.

We planned to see 9 shows, but only managed to fit in 6, which was totally okay. The Festival Mueca party vibe swept us away and before we knew it, we were sipping sparkling sangria and watching the masses of people bumble about the town at midnight. I’ve never seen Puerto de La Cruz as busy and as animated as during La Mueca. It’s a wonderful sight and definitely one you should treat yourself too.

Insider tips to get the most out of Festival Mueca

Unless you live in Puerto de La Cruz, book a hotel. Plaza del Charco or along the seafront close to Parque Martianez are both good hotel location choices. Festival Mueca goes on for 4 days and there’s no way you’ll want to keep driving in and out of the town. There’s a load of shows in the morning, a great big gap of nothing in the afternoon, followed by lots of amazing entertainment in the evening that goes on until midnight. Because everything’s so spread out, it’s really handy having a hotel room where you can go for a siesta.

The seated venues fill up fast and there’s never enough room for everyone. If you leave it too late and miss out on a seat, you’ll be stuck standing at the sidelines or sat on the floor with the kids, which isn’t great. We recommend arriving at the venue at least 30 minutes before the show starts to bag a seat.

Look at the festival programme online and plan your visit in advance. The programme is super detailed, telling you where all the shows are, how long they go on for and what ages they’re suitable for, so it really couldn’t be easier. It’s also important to note that most entertainers perform multiple times, so plan the weekend as a whole.

Where possible, try and stay in the same venue and see several shows from one seat in the afternoon or the evening. Since most shows finish and begin at the same time, it can be almost impossible to rush from one venue to another and actually get a seat. Staying put makes everything so much more relaxed and enjoyable. 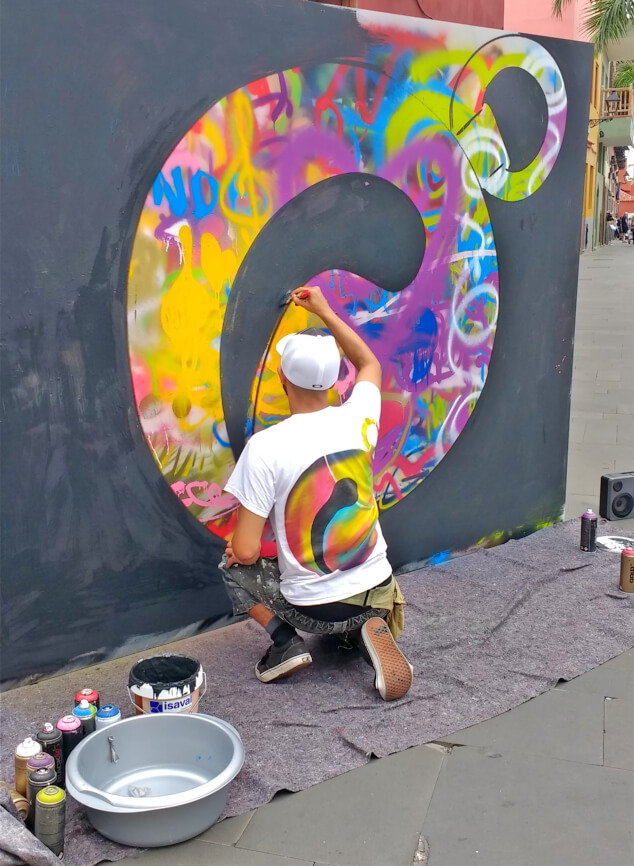 Festival dates: Usually the second week of May, beginning on Thursday and ending on Sunday. Always seems to coincide with the Eurovision song contest weekend.

Prices: Most shows are completely free. But some of the Mas Mueca entertainment (usually concerts and parties held in bars) come with an extra charge.