What is the Kings’ Day Parade in San Miguel officially? 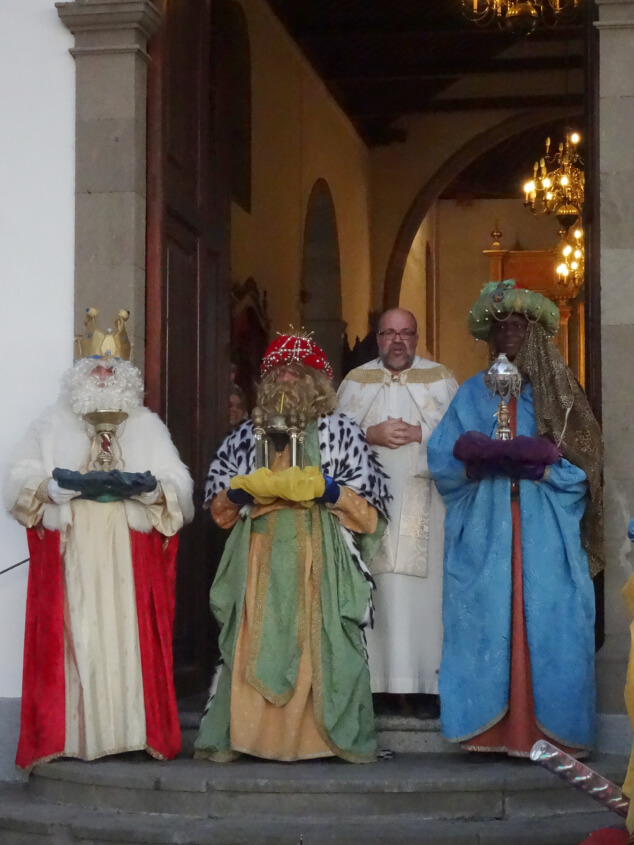 The focus is on the Magi when the Roman Catholic and Protestant churches celebrate Epiphany (also known as Kings’ Day) which marks the event of the three kings visiting baby Jesus. The parade commemorates their arrival and gives everyone attending the once-a-year chance to follow them as they march through the streets, handing out presents and sweets for all the good girls and boys and collecting any last-minute Christmas letters.

We’ll give you some context. In Tenerife, it’s not Saint Nicholas who brings the Christmas presents – it’s the three kings. Although as Santa Claus grows in popularity and dominates western media, children insist on presents from Santa as well as the royal trio (creating  a controversial issue among parents trying to cope with this clash of ideas). The three kings don’t deliver gifts on Christmas Eve, they deliver them on the eve of Epiphany – January 5th – which is when the parade take places throughout the island.

What is the Kings’ Day Parade in San Miguel really? 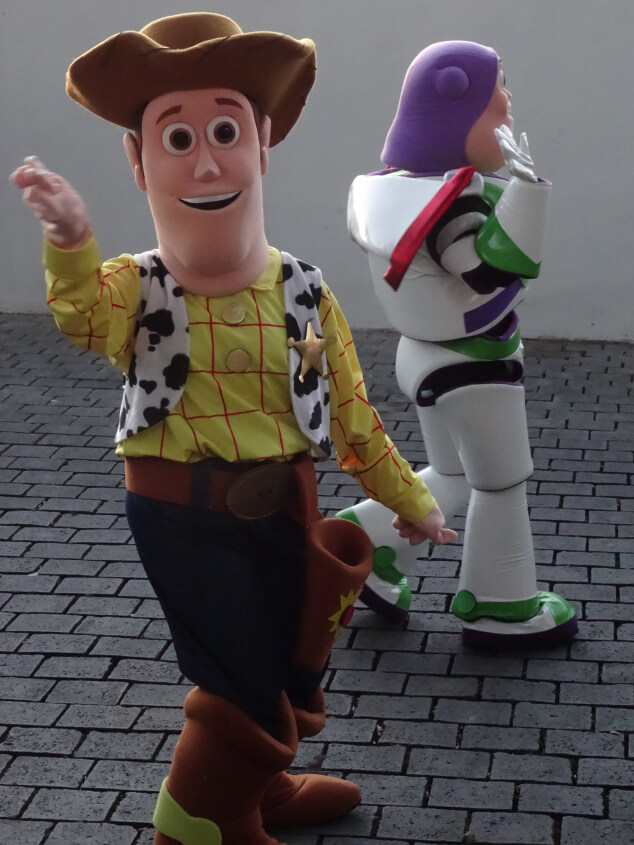 The three kings from the East theme raises many questions, and this particular interpretation in San Miguel will not answer any of them. The event begins with a religious service at the Matriz San Miguel Arcángel parish. After this, the three kings are joined by all kinds of popular children’s characters, along with a handful of random groups and performers, who dance throughout the streets.

Finally, it’s onto the Jonay Risco Pérez sports centre where the mayor of San Miguel gives the kings the magical key that opens every single house in the municipality (a Neighbourhood Watch nightmare) so they can deliver all the presents. It’s as quaint as it is confusing and if you’re willing to overlook any biblical inaccuracies, you can immerse yourself and really enjoy this celebration. 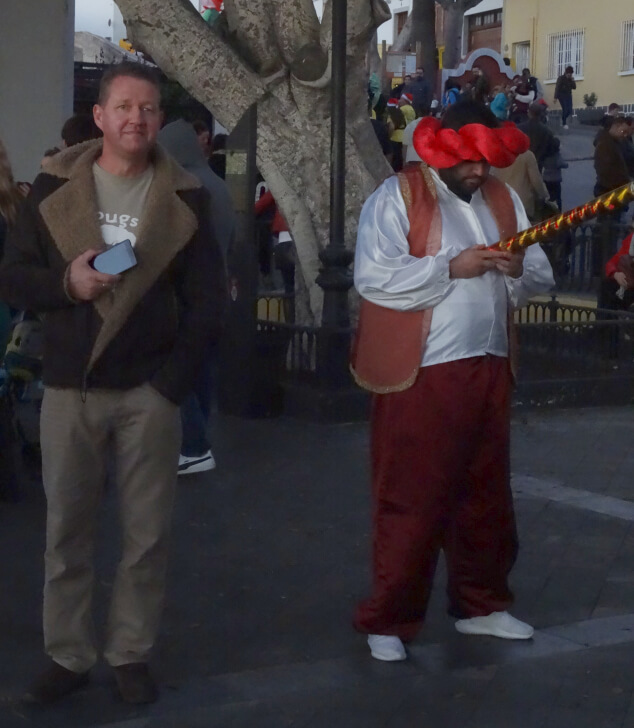 As with many things in Tenerife, turning up late didn’t make a blind bit of difference. We still arrived at the starting point before the kings. As we stood outside the church, there was a whole collection of people. Mainly kids dressed up as angels and bumble bees and cowboys, to name a few. I mean whats that about? Shortly (bearing in mind we were 30 minutes late) the lads turned up, not on camels, but hanging off the back of American military Jeeps and certainly not dressed for combat.

Their attire was more traditional, with fluffy robes and big dopey beards held on with elastic, all bearing gifts. A box of Terry’s All Gold, a Frankenstein doll and a bottle of manly aftershave called “Grrrrh”. But wait, “What’s happening?” we thought, as all three kings jumped from their Jeeps and went to church for a 20 minute service. Boring! Luckily we didn’t have to. Although it would have been warmer inside.

Once the vicar had done his bit and after a quick photo shoot for the local press, we were away. The crowds cheered and clapped as the three kings pulled away, closely followed by Mickey and Minnie Mouse, Super Mario and a whole host of obscure characters of unknown relevance. Many of the viewers at the starting point tagged on to the back of the parade as it proceeded through the streets, but it was way too cold and I really wanted a KFC.

A bizarre evening which made it really good fun. Just don’t take it too seriously. 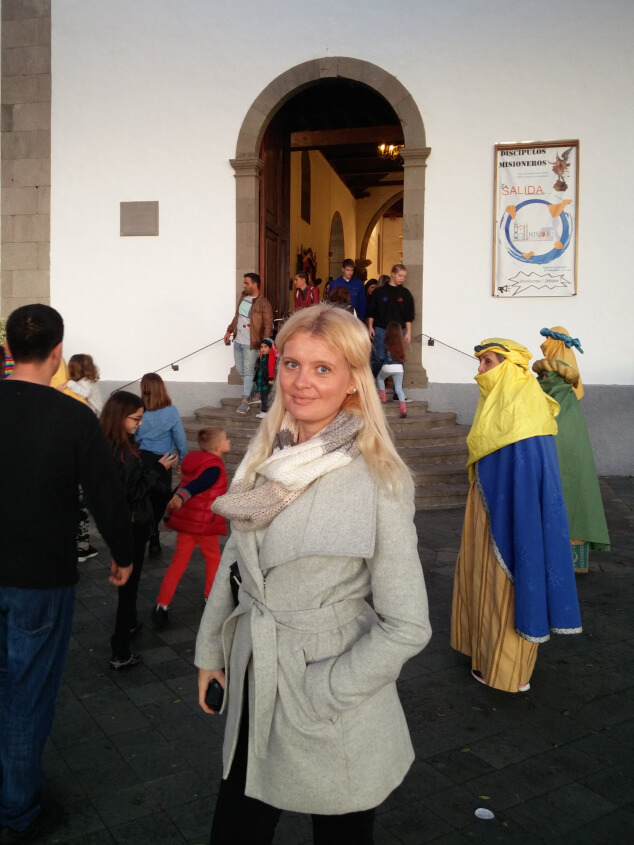 You know the phrase “Go big or go home”? It totally doesn’t apply to the Kings’ Day Parade in San Miguel. The parade in Los Cristianos is huge and is widely known as being the best on the island. Maybe with the exception of the one in Santa Cruz, where the Three Kings are lowered into a football stadium via helicopter (+100 cool points). So I wasn’t expecting much from the small, sleepy municipality of San Miguel. But once again, a theme which is becoming unnervingly common, I was wrong.

After an unnecessary diversion (“I said San Miguel, Ian, not San Isidro!”) we struggled to find parking at the last minute and ran like headless chickens throughout the streets of San Miguel, minutes before the Kings’ Day parade began with no clue as to its whereabouts. Luckily, like a lot of things in Tenerife, the parade was running late. So when we finally arrived at the church, nothing had actually started.

Even though I knew the Three Kings had nothing in their satchels for me, I could definitely feel the magical atmosphere. It was like every family from San Miguel was out that night, wrapped up head-to-toe in winter warmers and excitingly anticipating the arrival of the Magi. Despite loads of people attending the event, there was still plenty of room. We even managed to get a seat on the steps right in full view of all the action!

The Kings’ Day Parade started out a little like the Santa Cruz Carnival. A mix of adults and school children, some keen to get started, some not so much, with a total lack of organisation resulting in no-one knowing when or how to begin. But once the ball started rolling, things ran relatively smoothly and the parade was a pleasure to watch. There was definitely no rush so we got to see all the characters, groups and floats and snap plenty of pics.

If you’re on the island at the beginning of January, I 100% recommend you add this onto your list of things to do in Tenerife. Forget about queuing for hours in chilly conditions to see the parade at Los Cristianos. Get yourself to San Miguel and watch this one. Whether you let the kids tag along or just go as adults, you’ll have a fab time.

Important info about the Kings’ Day Parade in San Miguel 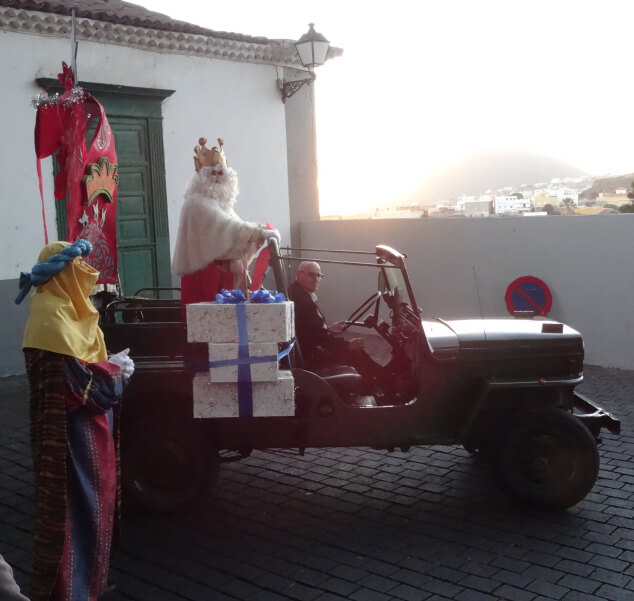 Location: The Kings’ Day Parade begins at the Matríz San Miguel Arcángel church and moves throughout the surrounding streets before ending at the Jonay Risco Pérez sports centre.