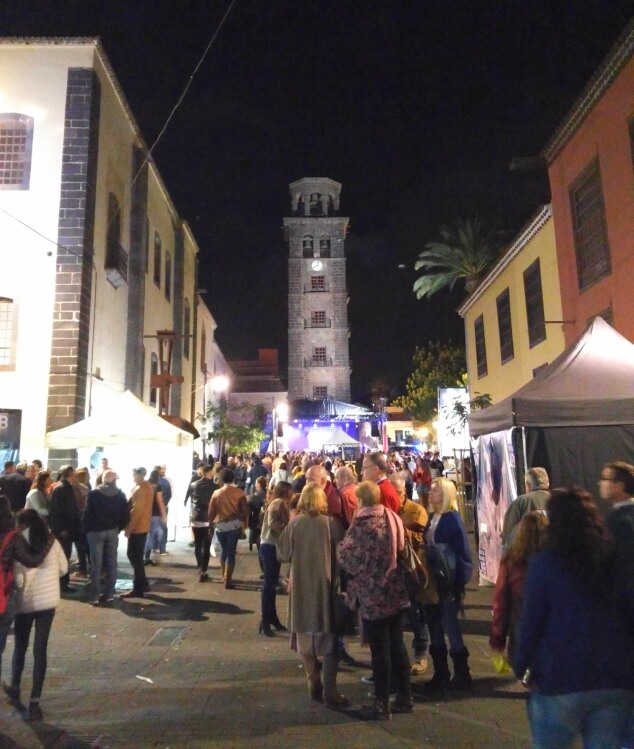 La Noche en Blanco (‘The Night in White’) is an all-night arts festival held worldwide. The original festival began in St Petersburg, Russia. But by 2006, Spain had introduced their own event in Madrid, which was shortly followed by the first Tenerife version in 2009 in La Laguna. The festival has returned to the city every year since, with more than 20 areas dedicated to all kinds of entertainment the whole family can enjoy for one night only.

With such a huge range of activities and events on offer, La Noche en Blanco in La Laguna sounds like it’s the perfect night out for everyone. But does it live up to expectations? 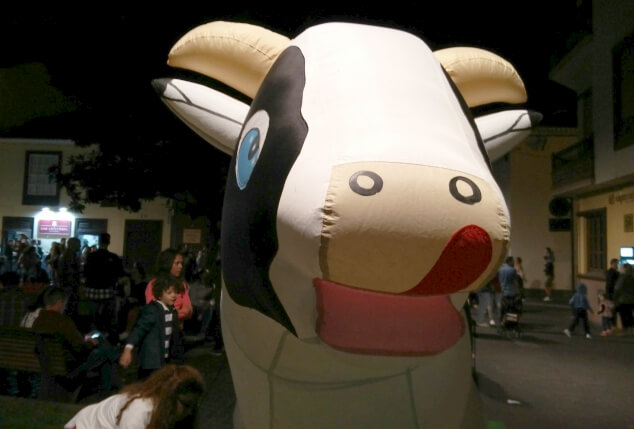 Music is at the heart of the event and comes in all forms, from individual buskers to staged bands. Although they’re low-key in the early evening and look a little out of place, there are several music stations throughout the city which get going when the alcohol-infused party goers take over. In the non-commercial streets are stalls and attractions showing off local wares and handicrafts. Plus a few looky-looky men trying to get in on the action.

The plazas and other open areas play host to a variety of performances and classes by local talents which change each year. This year there were Zumba classes, ballroom dancing lessons, Gomeron whistling demonstrations and the milking of a chocolate cow. That one may have got lost in translation.


The event runs from midday until dawn the following day and is a big deal for locals. Complete 3-generation families circulate well after midnight, as well as groups of youngsters of varying levels of annoyance. 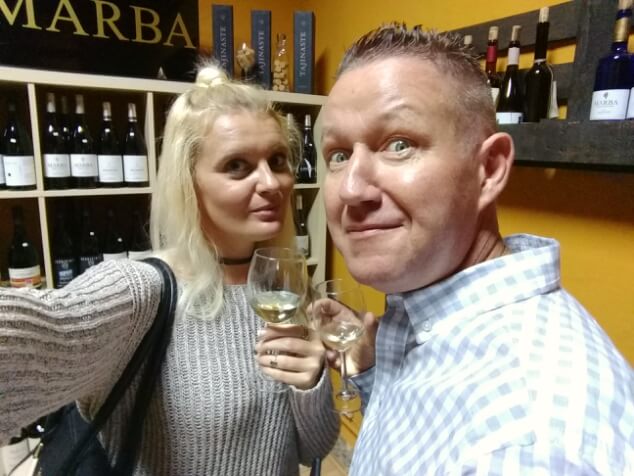 When researching things to do in Tenerife, we always try to get a little local insider info. For La Noche en Blanco, we followed the advice of the experts and stayed overnight in Santa Cruz. This is because La Laguna’s few and far between hotels double their prices for the event. Extra buses were laid on to take people from the capital to the centre of the event and it was all very well organised.

Once there, we were blown away by the crowds. The place was heaving! The event had clearly outgrown itself and movement around town was painfully slow. Sure, it was nice to see everything open. But I seemed be missing the point of the whole thing. It was like Regent Street on Christmas Eve. Why would anybody choose that night to go toy shopping or pick up their prescription from the chemist?

Not knowing what we should be doing, we got hold of an event timetable which was possibly the most pointless document ever written. All events listed were just the names of the groups/people performing them. This meant nothing to us, and pretty much every attraction started and finished at the same time.

Restaurants in La Laguna are plentiful. But our hopes of having a nice meal were dashed as they were all full of pre-booked groups (I’m guessing).

The local bars were generally small, packed and seemed very unwelcoming to anybody who didn’t want beer in a plastic kid-size cup. The few bars that did decide they’d like to make some money this year and did set up a bar outside gave no indication as to what they were selling other than beer. Nor did they display any prices.

I paid for a hotel that night so I could have a drink. And the only place that seemed happy with our presence was the wine shop. This would have been fine if you didn’t have to eat a piece of cheese and a slice of salami with every glass.

In the hope of saving the evening we headed to the plaza with the big stage and the food court. It sounded promising. We arrived and the band were ready, all 40 of them, so we headed for food first. What on earth? I would not describe Senor Hot Dog and Mr Spuds Jacket Potatoes as a food court. I was starving so to the end of the queue we went.

Turns out it was quite a good place to watch the band…which regretfully were awfully depressing. For 45 suicidal minutes we waited for Mr Potato Head to serve us whilst being serenaded by 40 OAPs singing in harmony about a dying cat and an out of work gerbil.

That was me done. Though the organisers don’t make any such claim that it is a thing to do in Tenerife for tourists, I think it should be left to the locals. 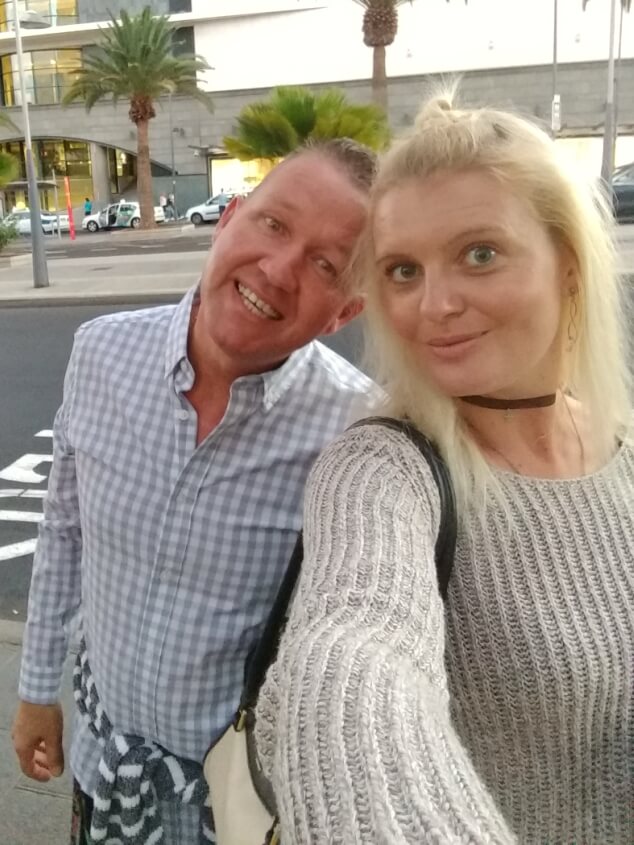 La Noche en Blanco had a lot of potential, but to me it was a bit of a non-event. The streets were beyond rammed with people, but no one seemed to actually be going anywhere. We joined the huge mobs of locals (we didn’t really have much choice in the matter) and moved at quite literally a snail’s place to go…well…no where. The small wine bar we dived into (Malvasía Enoteca) offered a much-needed respite from the packed streets and really good wine for about €2 per glass plus a small tapa for an extra €1.

That glass of wine and the jacket potatoes we waited for what felt like a lifetime are the two things that stand out most to be about the entire evening. As well as the woman in the park who was handing out what seemed to be an endless supply of chocolate doughnuts. She never seemed to remember we’d passed her three times and had already collected three donuts each. But who says no to free doughnuts?

There was a great dynamic atmosphere with what felt like the whole of La Laguna ready for a good night out. But there was no climax, no highlight. It felt like the point of the event was just to get everyone out on the streets. And if it was, then it was a huge success! I just felt a little let down because there was absolutely no culmination or point that I could find to any of it.

Because I really wanted to be positive about La Noche en Blanco and have a great experience, I went to the trouble of looking up all the names of the shows online so I knew what they were. But because the streets were so jam-packed, there was no way we could actually get to the locations on time. And even if we could have, I severely doubt we would have been able to get close enough to see anything happening.

As far as things to do in Tenerife go, I’d definitely give this one a miss. There are way too many people to appreciate the beautiful streets of La Laguna, dining out is nearly impossible and there just isn’t much going on.

Park in Santa Cruz and tram or bus it

There’s no way you’re going to get parked anywhere in La Laguna on La Noche en Blanco. So you’re best off finding some free parking in Santa Cruz and taking the bus or the tram into the city. Temporary posters are put up at all the tram and bus stops in Santa Cruz with the extended timetables for the event. So it’s easy to see when the next bus or tram will be along.

If you’re planning on booking a hotel room and staying overnight, avoid La Laguna unless you’re absolutely desperate to stay there that very night. On La Noche en Blanco, all the hotels (and the Airbnbs!) up their prices. Not only that, but the noise in the city is crazy. So if you try and go to bed any time before sunrise, you’ll face quite a challenge. You’ll save a lot of cash and get a much better night’s sleep if you stay in Santa Cruz instead.

Unless you’ve already made reservations, La Noche en Blanco isn’t the night to enjoy a quiet meal out. Every single restaurant we saw was jam-packed and if you do manage to wriggle your way in, you’re more likely to have a bad experience than a good one.

Even though we’ve lived here for almost 2 decades, we were shocked by how cold La Laguna was in November! Jeans, t-shirts and jumpers just weren’t enough. So make sure you’ve got something long and thick covering your legs, a good jumper, a warm coat and even a hat if you don’t want to walk the streets shivering. 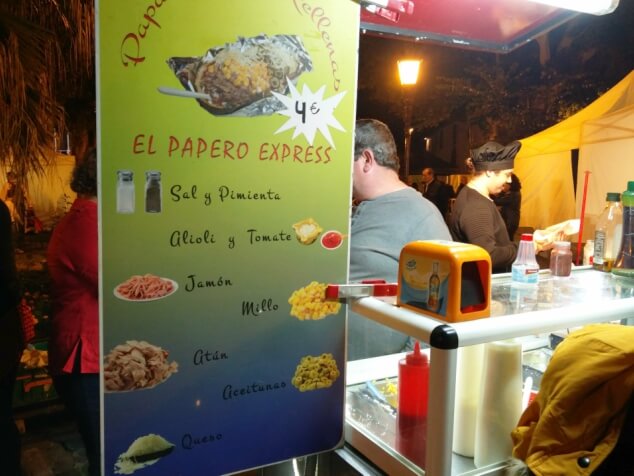 Timetable: La Noche en Blanco takes place on a different date (always a Saturday) every November. According to the timetable, events begin around noon and end around 3am the next morning.